Strange Family Interactions with the Country of Japan 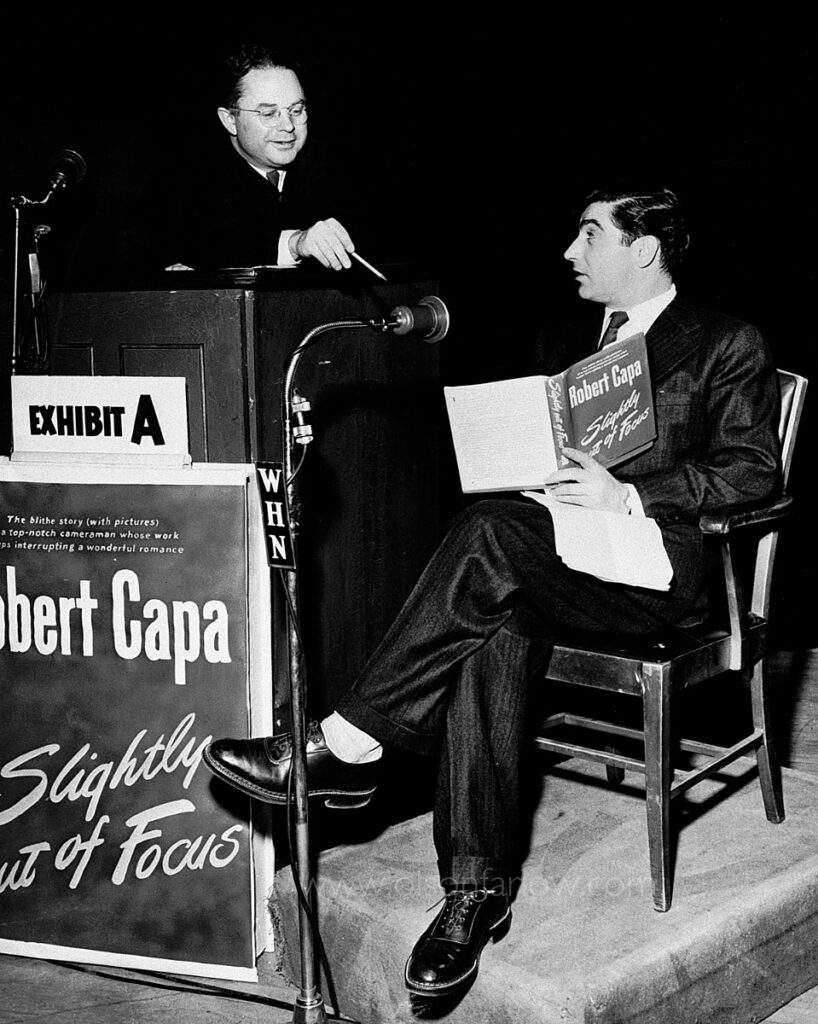 The famous photographer, Robert Capa, was a guest on my grandfather’s radio show in New York in the 1940s. The book he is holding is on my shelf at home just below a shelf of the books that my grandfather wrote. 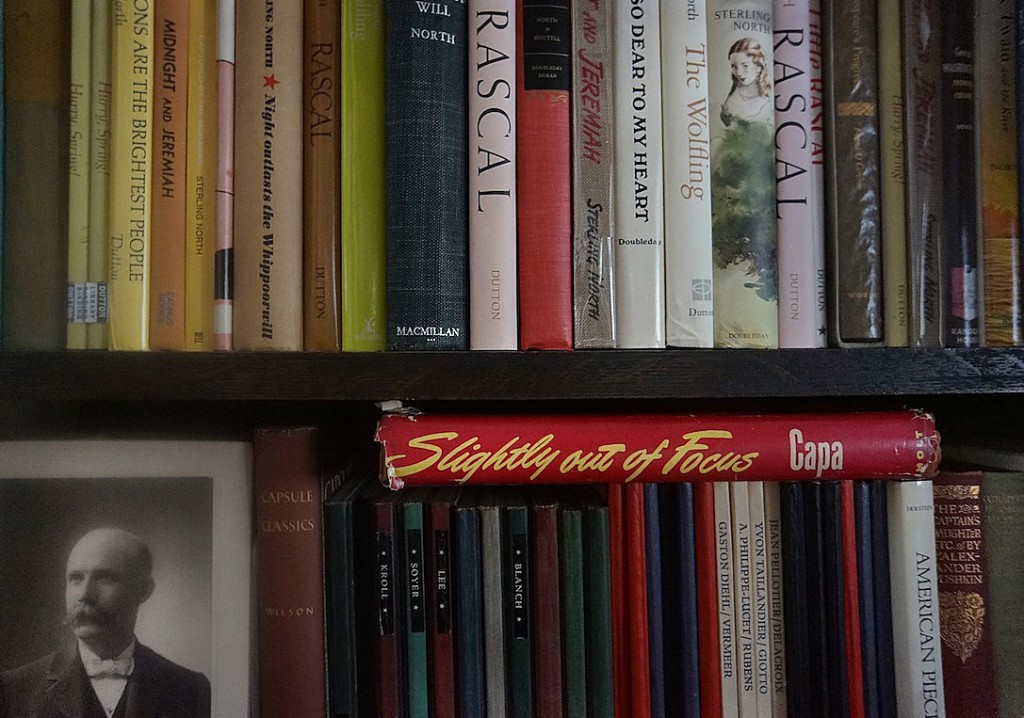 Three of the more successful of my grandfather’s books on this shelf are So Dear to My Heart, The Wolfling, and RASCAL. They sold millions of copies and RASCAL is still a best seller in it’s market niche. These books had 104 translations into 50 languages, they were broadcast over Voice of America, included in kits sent with the armed forces into Vietnam, and read in every grade school when I was a child. RASCAL and So Dear to My Heart were both made into Disney movies. My grandfather was a hunt and peck typist… one finger at a time… and he responded to every one of 20,000 fan letters using that typewriter. His boyhood home is a museum about his life in Edgerton Wisconsin. In 1977 RASCAL was turned into one of the most popular anime cartoons in Japan. Then the cartoon was syndicated into many other cultures.

So why am I telling you all this?

Let’s talk about that cartoon, Araiguma Rasukaru, and Japanese culture. 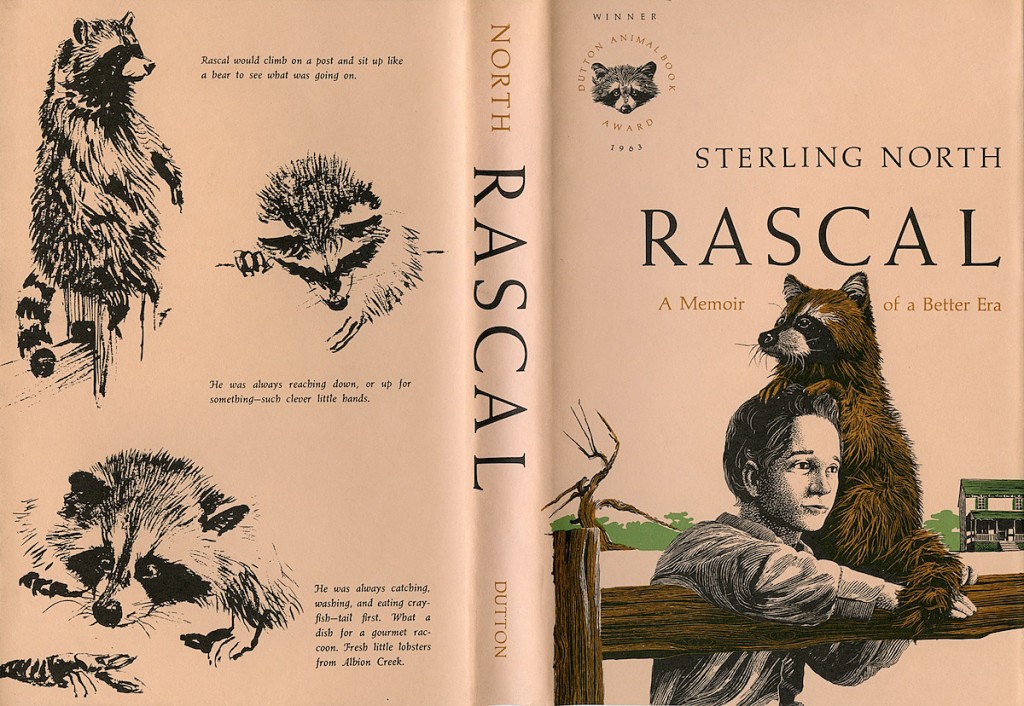 I thought it was crazy when I stepped off a subway in Tokyo to see an entire RASCAL shop devoted to selling stuff from my grandfather’s life and to see the animated version of him on big screen TV’s even though he’s been gone for 40+ years. 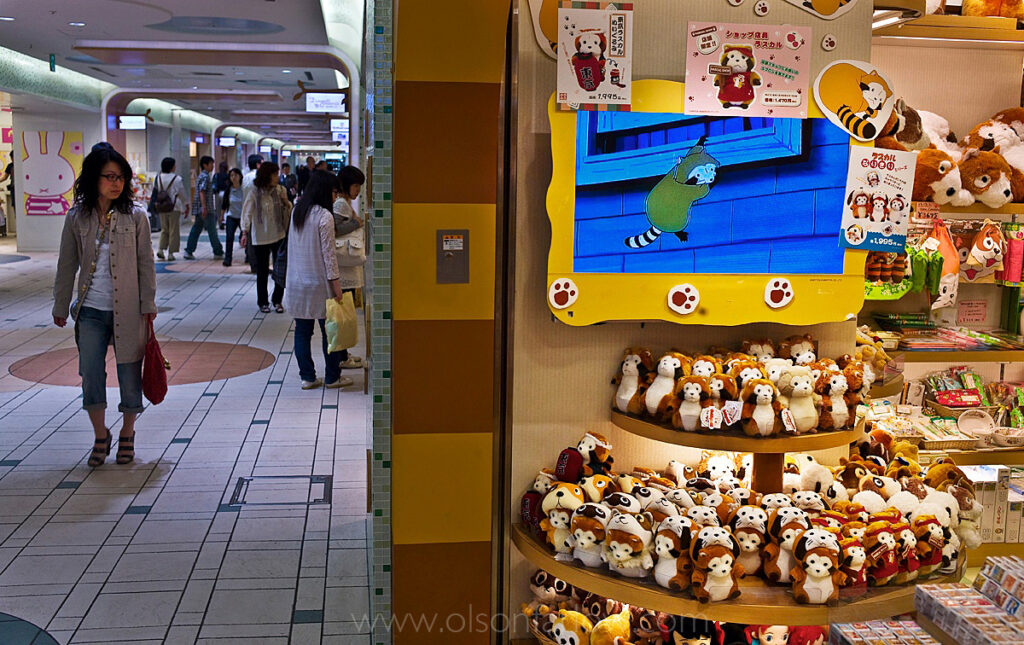 There is even RASCAL toilet paper. I guess some members of our family were aware that this cartoon had further implications than just all the plastic stuff it was generating, but when my sister sent me an email two days ago, I admit, I had not been aware of what she wrote: I turned on the TV this evening and the first thing I saw was “Nature” on PBS and it was about raccoons. … And if that wasn’t exciting enough, the scene switches all of a sudden to a Buddhist temple (oh no) and the narrator starts talking about how mountain temples that have survived all other threats during the last 700 to 1,000 years are now being ravaged by gangs of raccoons (I’m standing up now)…

And then I hear, “Raccoons are not indigenous to Japan,” (I have my hand over my mouth now and am muttering, “don’t say it, don’t say it.”) ” . . . They’re not indigenous to anywhere near Japan. They were introduced because of the popular book ‘Rascal,’ written by Sterling North . . . ” and then they show the book, and then they show a clip of the Japanese cartoon that ran for years and years and was so popular that “Rascal Raccoon” is practically as popular in Japan as Mickey Mouse is in the U.S. And apparently since the character was so beloved, the Japanese imported as many as 1,500 raccoons a year (!!) for pets, which (obviously) is a disaster waiting to happen… so most of the “pet” raccoons were released/dumped into the wild where they have no predators and as of a few years ago they are hugely occupying 42 of 47 prefectures and ravaging crops all across the country and ransacking temples and, in general, doing what raccoons do.

I can only imagine what Grandpa North would think about all this. Obviously the rather important part of the story where it becomes apparent that you should not / can not keep a raccoon as a pet was entirely lost on a segment of the Japanese population. I like yaks, but I am not going to order one. I even saw journal articles about it and how the raccoon rampage in Japan prompted the “Alien Invasive Species Act” there in 2005. 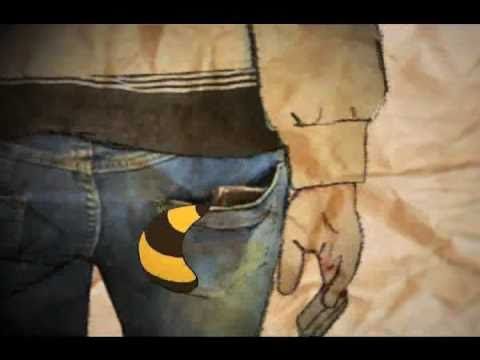 So, all of a sudden I am aware that, through no fault of his own (but in a direct reaction to his work) my grandfather is somehow implicated in unleashing an invasive species in Japan that has no natural predators… Kinda like the Black Sea filling up with huge biomass of jellyfish… Or the cane toads in Australia that marched through the country and when I was there. I remember the rangers in Kakadu were trying to round up quolls to put them on an island that no cane toads could get to because they were wiping out that entire species… Or even just the cute kittens that Melissa shot for an invasive species story for National Geographic Magazine – feral cats are creating the same kind of problems in the states. It goes on and on… they were even talking about genetic engineering for the cane toad problem when I was in Australia… I thought that was really crazy… 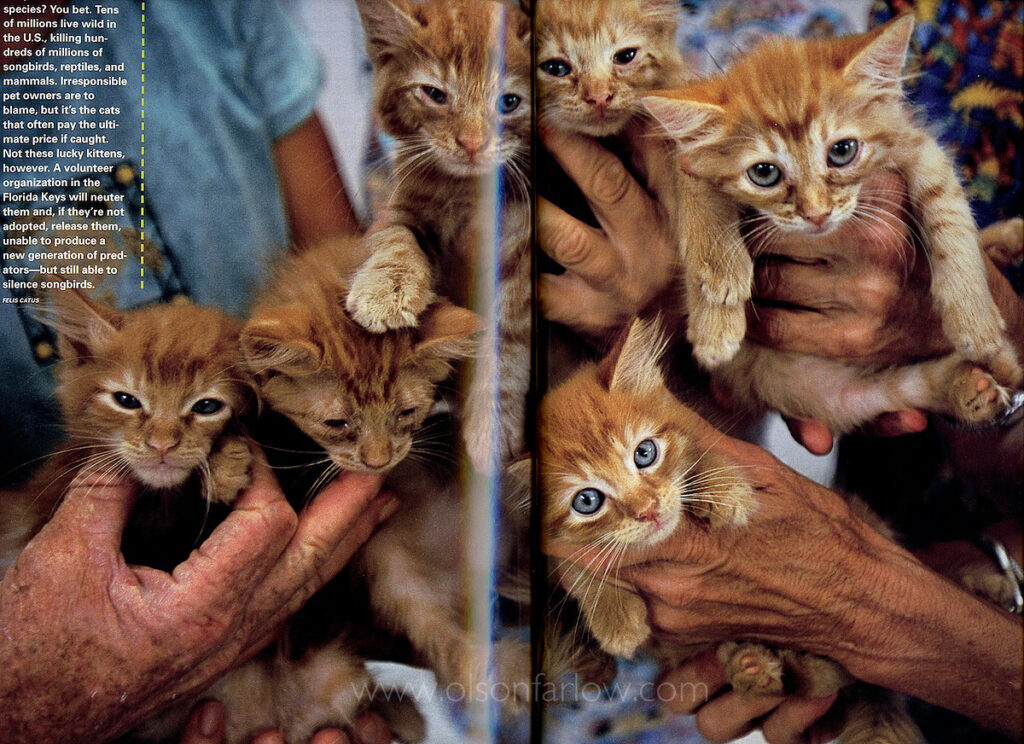 Melissa’s invasive species story was published in the JAPANESE edition… But I guess I don’t expect they would stop importing Raccoons when our own neighbors were planting (another example in the story) invasives in their gardens in Pennsylvania. 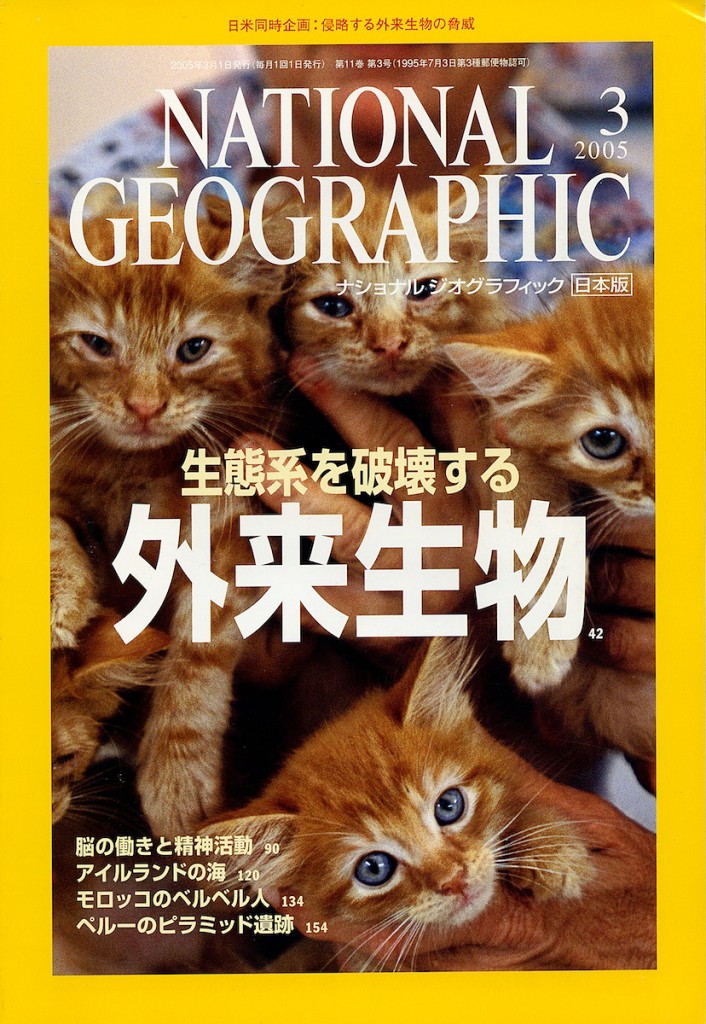 But really… Arctic dogs are being imported into very hot areas of China because they are so “cute.” What in the world would possess someone to bring a raccoon that, like a chimp, you cannot keep into adulthood and has no NATURAL PREDATORS in Japan… and Raccoons are REALLY SMART… Just watch the Raccoon Nation program… these critters are amazing and unstoppable. 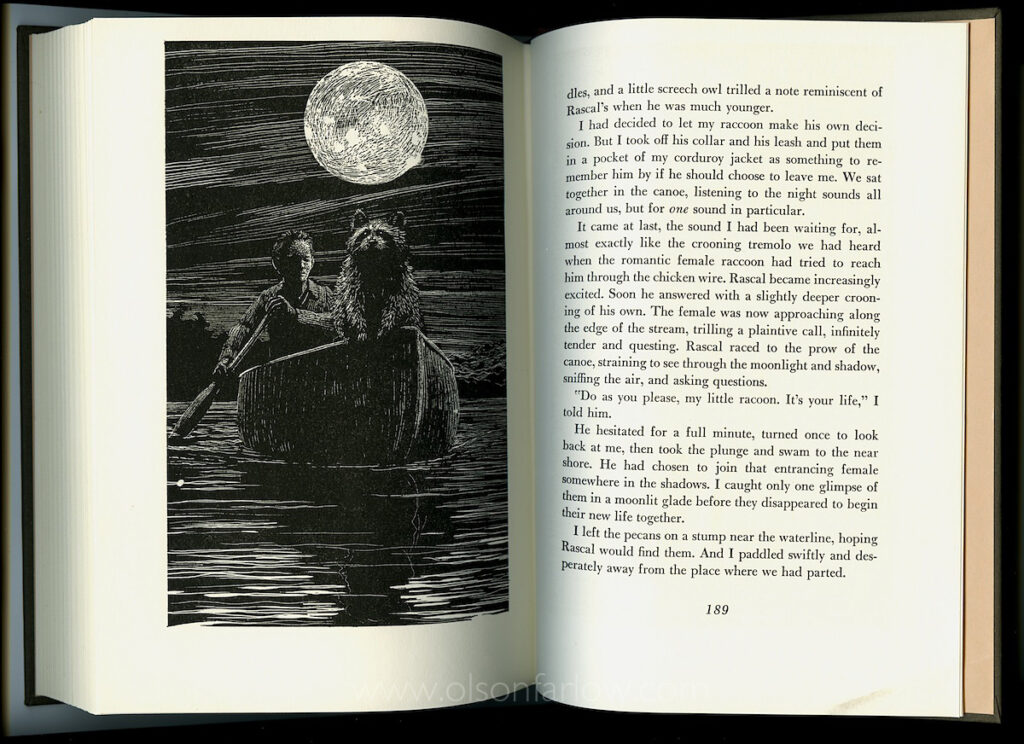 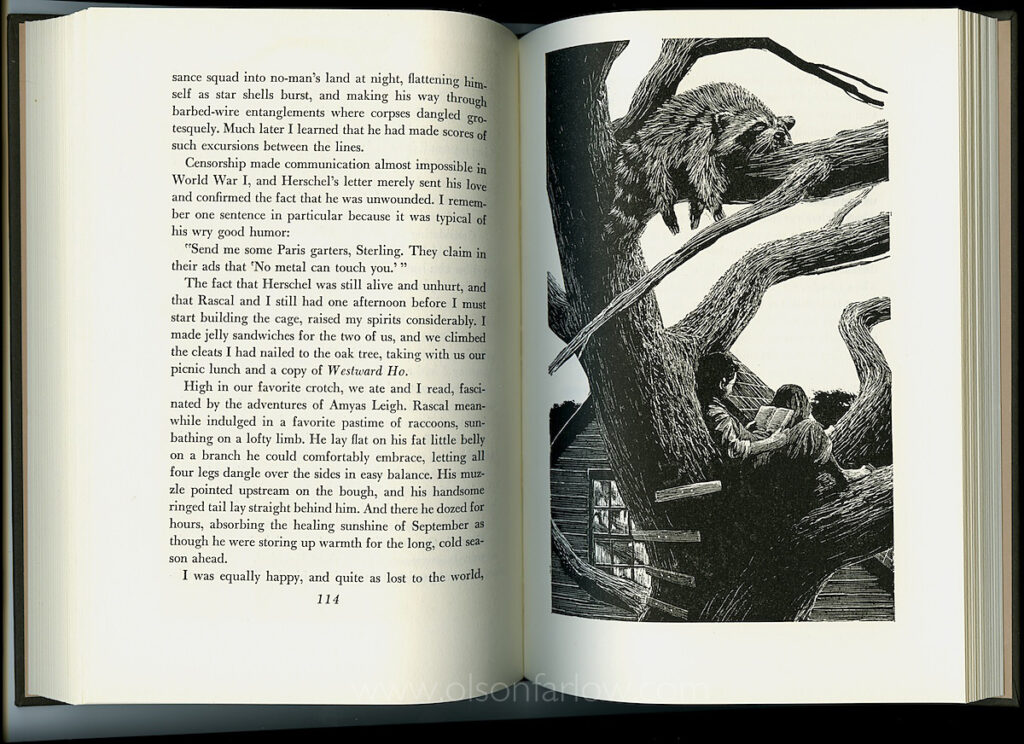 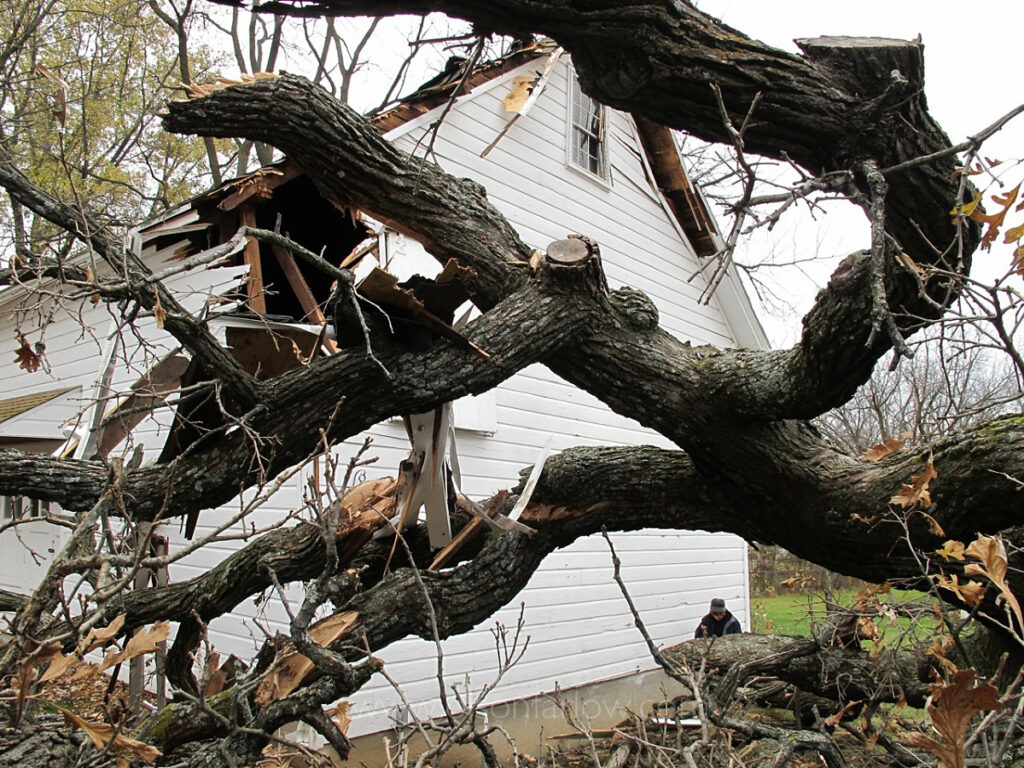 My grandfather was a naturalist and in tune to the order of things… He told me that everything in nature had a rhythm and a season. I have a letter he wrote on his very first trip on a plane in 1940. After seeing the geometry of what we now call the anthropocene for the first time – “From the air, one would imagine that humankind thinks only in terms of squares, rectangles, ovels and limitless narrow ribbons of white concrete.” He takes a look at the natural world for the first time from this new angle:

“But if man seems orderly from the air, nature seems wilful. Streams flow in an unbelievable pattern of sharply twisted and serpentine complexity. Mysterious drainage patterns of the subsoil create fantastically beautiful patterns which we cannot see from the ground, lacing every field with finger tracings of subtly altered coloration — fanshape, dragon-claw willowy. Nothing on this earth or in heaven could be so beautiful as America from 9,000 feet.”

My grandfather had a history of accomplishing great things at an early age. He was only eight when his first poem was published in a national magazine. He was in his teens when his poetry was being published in Harpers.

His pet helped him through hard times. “It was inevitable that some day I would write the story of the almost perfect pet who saw me through a lonely year when I was 11 and 12. My mother had died when I was seven. But before she died she had taught me much about the stars, about nature and about literature.”

Maybe the best way to end the longest post of my life is with his words… a poem he wrote about his mother when his sister died.

You can never go home —

Except, perhaps in letters —

Yellow now and the ink as brown

As leaves around an old house

Are you well? Are you in pain?

Did the lilacs bloom this April?

Have you had rain?

Did the rose we planted

On Mother’s grave survive the snow?

(I wish I were writing to Mother,

She was the first to go.)

We are well and hope you are the same —

I couldn’t finish this before the postman came.

I have written a letter that will never be read;

How could I know as I wrote that you are dead.

The fog is thick, the world is bleak and cold

The letters fade, the ink is brown and old

The candle dwindles to a thin blue flutter

No breath of hyacinth across the snow

(I wish I were writing to mother

She was the first to go.)