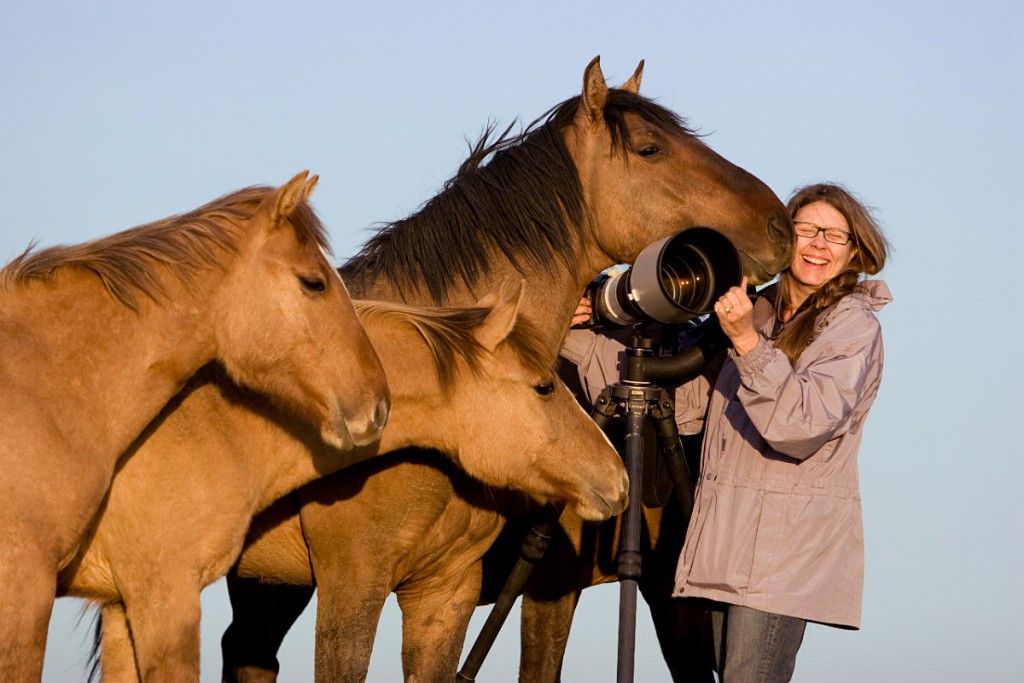 Melissa Farlow has worked extensively for National Geographic magazine in the American West for stories on public lands, environmental issues and wild horses. Primarily known for her personal approach when photographing people, Farlow documented diverse cultures and landscapes while in South America, Quebec, Alaska, the Alps, and the Okefenokee Swamp in over 20 National Geographic projects.

Awarded a Pulitzer Prize with the staff of the Louisville Courier-Journal, Farlow received a National Headliner Award as well as Pictures of the Year portfolio honors while at the Pittsburgh Press. Named Distinguished Alumni by the IU School of Journalism, she was inducted into Indiana Journalism Hall of Fame in 2013.

Farlow teamed up with Terri Farley for Wild at Heart, a Houghton Mifflin Harcourt book focusing on America’s wild horse legacy. Her love of horses traces back to an early age when she recalls writing to Roy Rogers to ask if he could send her Trigger. Her parents gave into her passion for horses and found her an old one-eyed cow pony named Silver that ate watermelon rinds and chewed tobacco.

In addition to projects for the Heinz Endowments, the Ford Foundation and Habitat for Humanity, her work is published in Smithsonian, GEO, LIFE, American Craft, American Bungalow, National Geographic Traveler and Sierra magazines. Farlow received a Masters degree in Journalism while teaching at the University of Missouri. She teaches workshops and is a frequent lecturer as well as a photography consultant with thephotosociety. She and her husband, Randy Olson, a longtime National Geographic contributing photographer, live in Pennsylvania and Oregon.