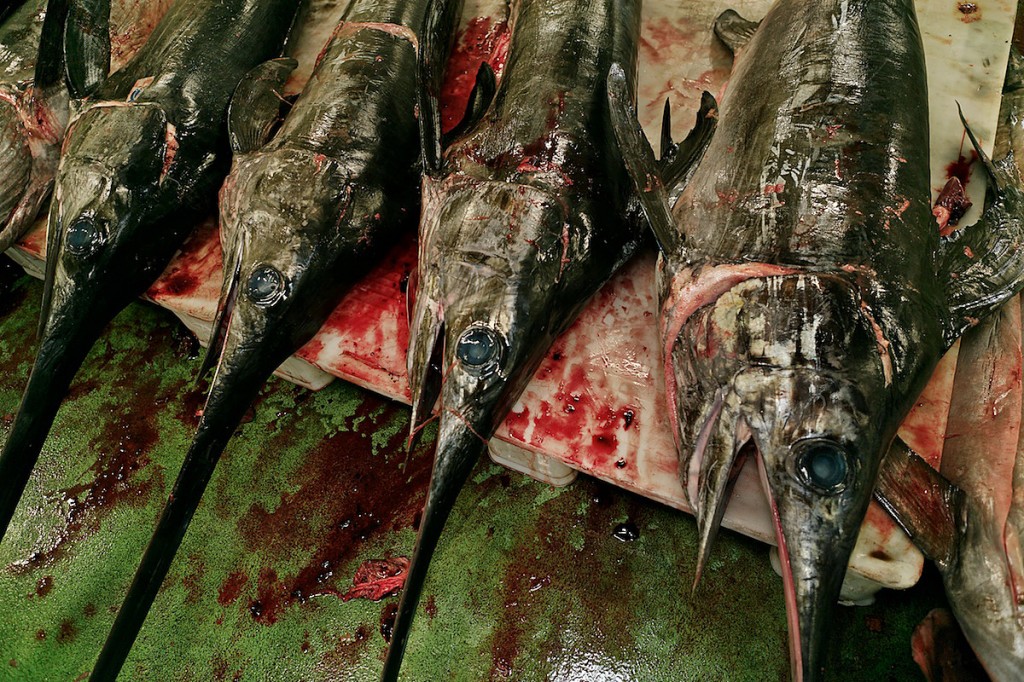 Vigo, Spain has the largest biomass fish shipping port in the world and it is the home of the first fish auction.  Swordfish and sharks are hauled in by heavy machinery and by hand. Both species are down to 10 percent of their historic numbers. A swordfish will fetch about $4.50 a pound. One of the world’s busiest seafood ports, Vigo auctions half a million tons of fish daily. But swordfish caught in the Mediterranean grow ever smaller; those in the western Atlantic, which had been overfished, seem to be recovering. On all sides, Spaniards consume its bounty with gusto. As Europe’s largest fishing nation, Spain’s people consume 80 pounds of seafood per capita, 50 per cent higher than Europe’s average. But lower fish stocks have caused a 20-year decline in Spain’s catch.