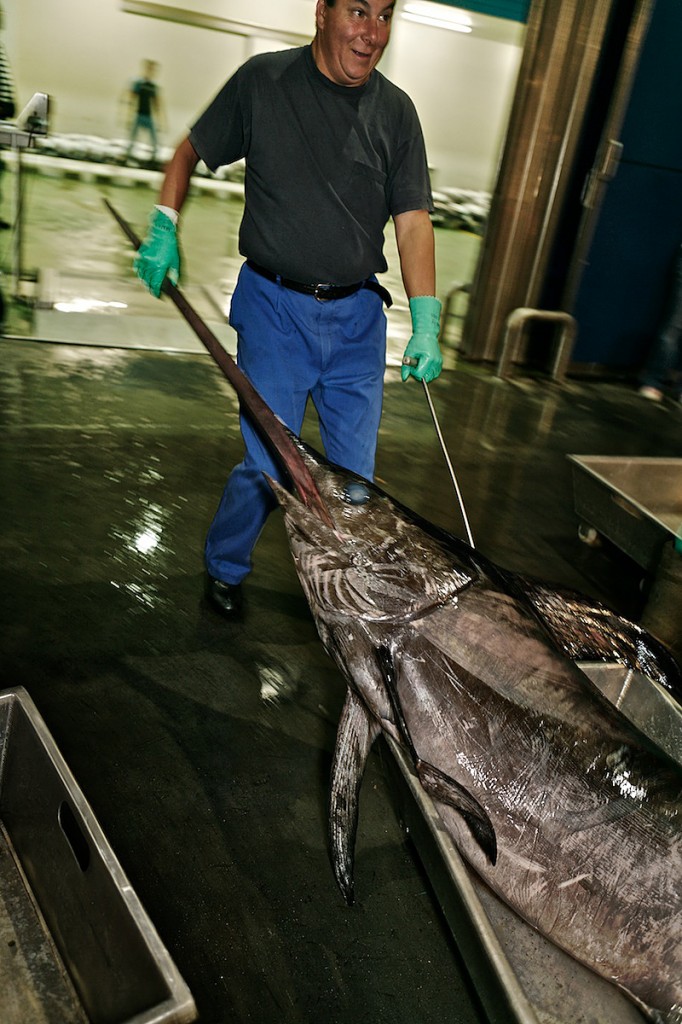 A swordfish is brought ashore in Vigo, Spain, one of the world’s busiest seafood ports, handling about 675,000 metric tons of fish a year. Lower stocks of commercial species such as Atlantic cod and hake have caused a steady decline over the past five years for Spain’s fleets, which receive the EU’s heaviest subsidies. Yet Spain’s—and Europe’s—appetite for fish keeps growing. The EU is the world’s largest market, taking in 40 percent of all imported fish, with a large chunk coming from developing countries. Spaniards consume a hundred pounds (45 kilograms) of seafood a year per person, nearly double the European average and exceeded only by Lithuanians and Portuguese.