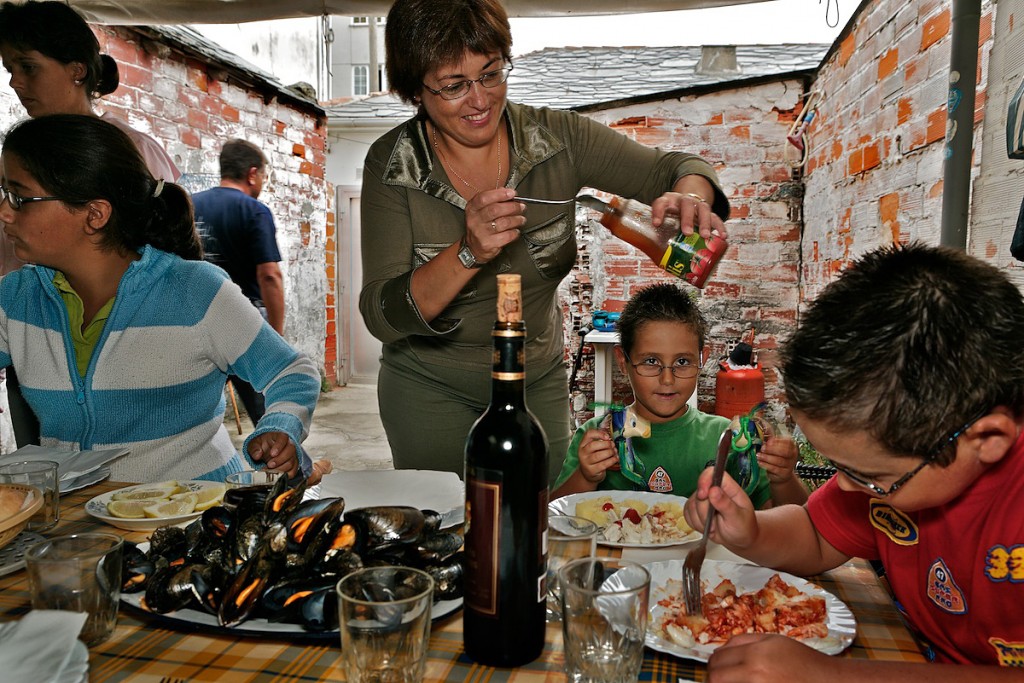 Maria Jose’s father was a Bluefin tuna fisherman and he died when his boat capsized when Maria Jose was 9 months old (she is 42 now).  Maria’s father went down with both of his brothers and his widow was moved into the older district of Burela into a subsidized home for fishermen.  Maria Jose and her two brothers were sent away to schools that were specifically for children who had lost a parent (fisherman) at sea-for orphans of fishermen. Maria Jose married a sailor (Hake fisherman) and stayed with him for 8 years. The family was raised in the same little house that is in the photographs.  Maria Jose’s mother had to work at the fish auction house in Burela, loading and unloading crates for 10 years to try to provide for her children.

A swordfish will fetch about $4.50 a pound. One of the world’s busiest seafood ports, Vigo auctions half a million tons of fish daily. But swordfish caught in the Mediterranean grow ever smaller; those in the western Atlantic, which had been overfished, seem to be recovering. On all sides, Spaniards consume its bounty with gusto. Near the Bay of Biscay, the fishing family of Maria Jose Novoa Villarejo enjoys mussels and other seafood on Sunday. As Europe’s largest fishing nation, Spain’s people consume 80 pounds of seafood per capita, 50 per cent higher than Europe’s average. But lower fish stocks have caused a 20 year decline in Spain’s catch.