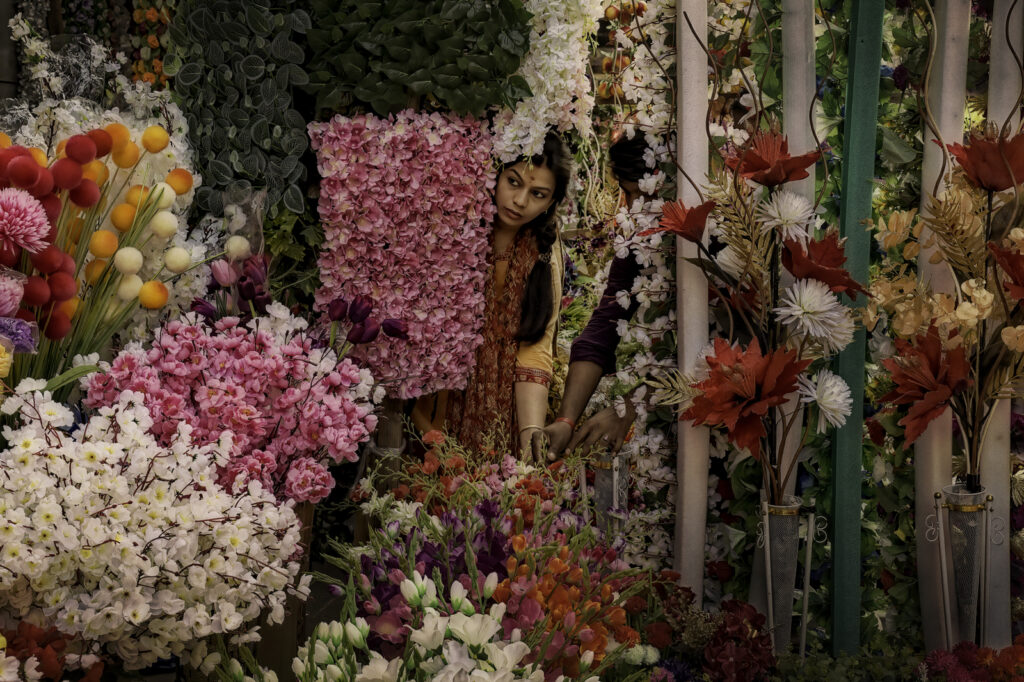 Plastic that is sorted in the Dharavi Slums goes to China comes back as colorful artificial flowers in a market outside of Mumbai. This woman is shopping in the Dharavi slum through the rich array of colors for flowers for her wedding.

The slum was founded in 1882 during the British colonial era, and grew in part because of an expulsion of factories and residents from the peninsular city centre by the colonial government, and from the migration of poor rural Indians into urban Mumbai. For this reason, Dharavi is currently a highly multi-religious, multi-ethnic, and diverse settlement. Dharavi has an active informal economy in which numerous household enterprises employ many of the slum residents leather, textiles and pottery products are among the goods made inside Dharavi. The total annual turnover has been estimated at over US$1 billion.