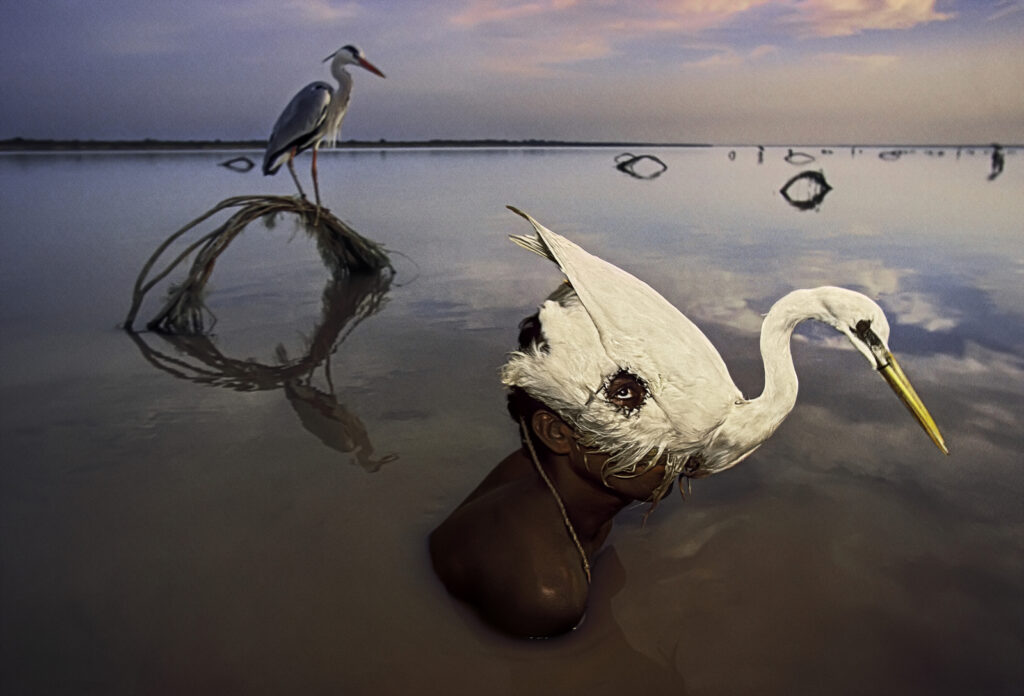 This image of a hunter wearing a bird decoy mask was featured on the cover of National Geographic magazine. Men lure wild birds near them, wiggle their heads to mimic a swimming bird and then capture them by hand. This method was used 3,300 BC as shown on artifacts that show this style of hunting. The Indus river valley maintains some surprising remnants of its ancient culture.  A stone’s throw from the largest intact Harappan Site (Mohenjo Daro), Mohanis fishermen use the exact style of flat-bottom boat depicted in terra cotta and stone tablets 4,600 years old, and a group of bird hunters still practice a 5,000-year-old method of catching birds. Hunters tie pet herons to a hoop in the river, and then submerge to their necks in the water wearing masks made from real bird skins. They wiggle their heads to mimic a swimming bird and then grab any prey that lands nearby. We know this is the ancient method they used to hunt birds because there are artifacts that show bird hunting that go back to 3,300 BC.