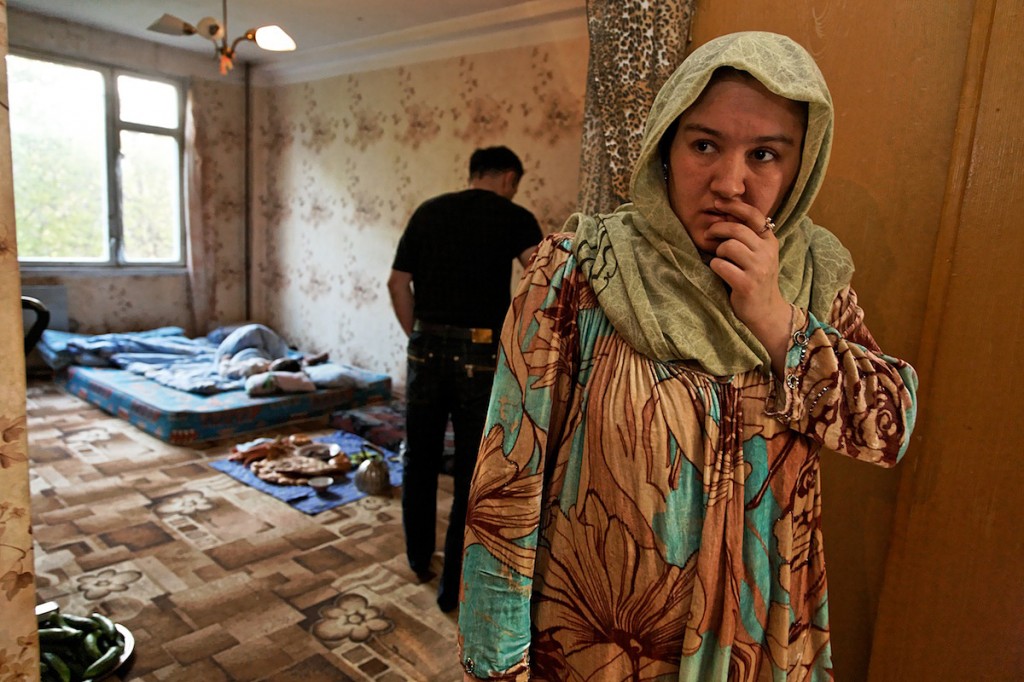 Woman watches as Russian immigration officials take illegal Uzbek construction workers out of her squatter apartment and the one next door for deportation.

Federal immigration service conducts raids to round up illegal Uzbek construction workers.  Most immigrants come to work in construction and other menial jobs and the financial crisis has taken many of the construction jobs away leaving migrants destitute in MANY of the cities I’ve been working in.

1,800,000 babies were born in Russia in 2009—27,000 more than deaths that year—so Russia is basically at the replacement rate. But there are not as many children being born so the state has instituted a number of policies including free housing for immigrants and a one time payment of over $10,000 for a woman to have either the second, third, or fourth baby.