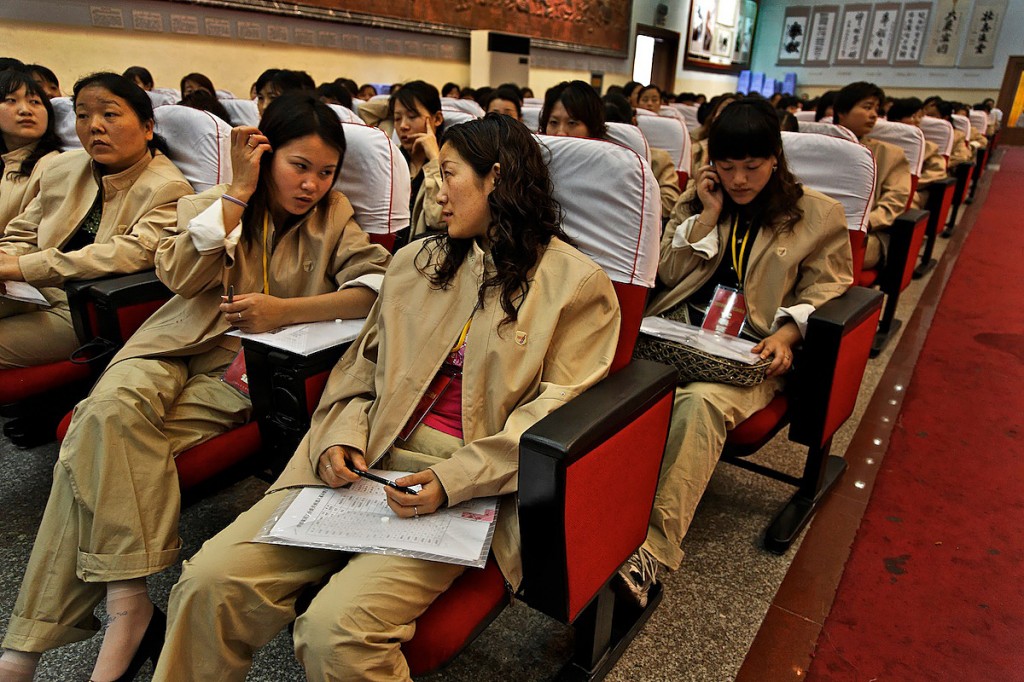 This is a meeting of the “farmer” capitalist millionaires in Huaxi Village (Farmers Village), a model farm for the last 45 years. Even though they are the collective ideal of the capitalist model, they still dress in Mao-ish style outfits and make decisions for the 80 businesses in a socialist forum.

These “model farmers” were capitalists before it was allowed in China. They started factories, but worked in them secretly (no windows). When government officials came around, all the workers ran out into the fields and pretended to be peasants. They became the first and most successful capitalist exploitation of the collective. Later, the economic pressures caught up with them and they went into bankruptcy.