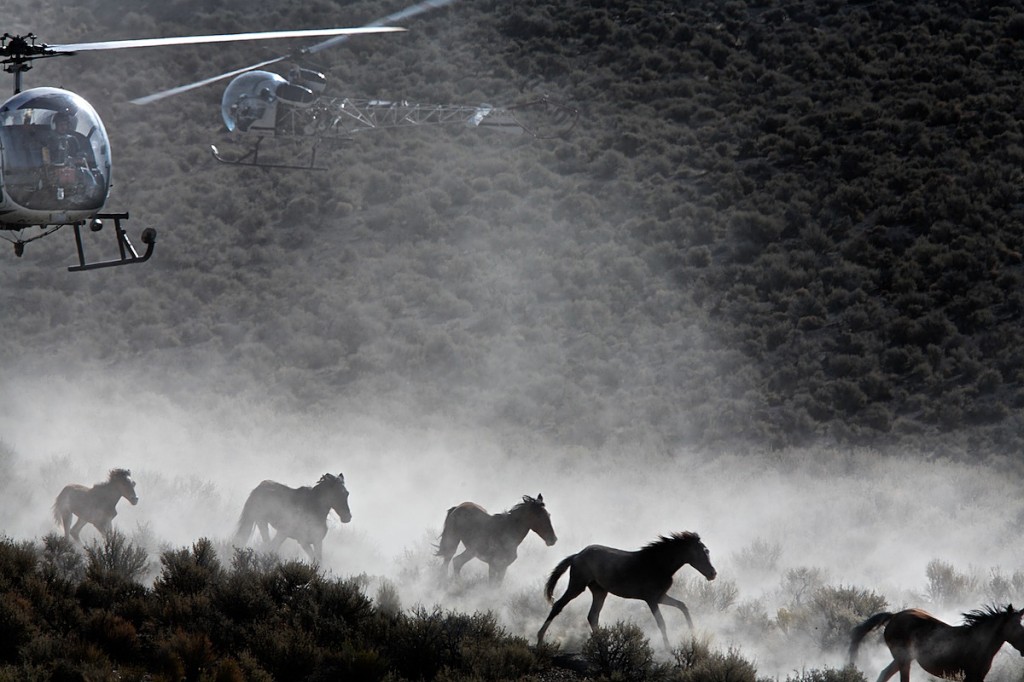 A cloud of dust rises as two helicopters guide 870 horses across the desert into a trap. They are being removed from the Winnemucca Rangeland Area after the Bureau of Land Management determined that the number of horses there could not be supported. Drought and wild fires have created a dire situation for the horses, but advocates of mustangs believe horse herds are systematically being eliminated from western lands.

Although there were as many as two million mustangs at the turn of the century, their numbers are much smaller and reduced regularly by these BLM gathers.