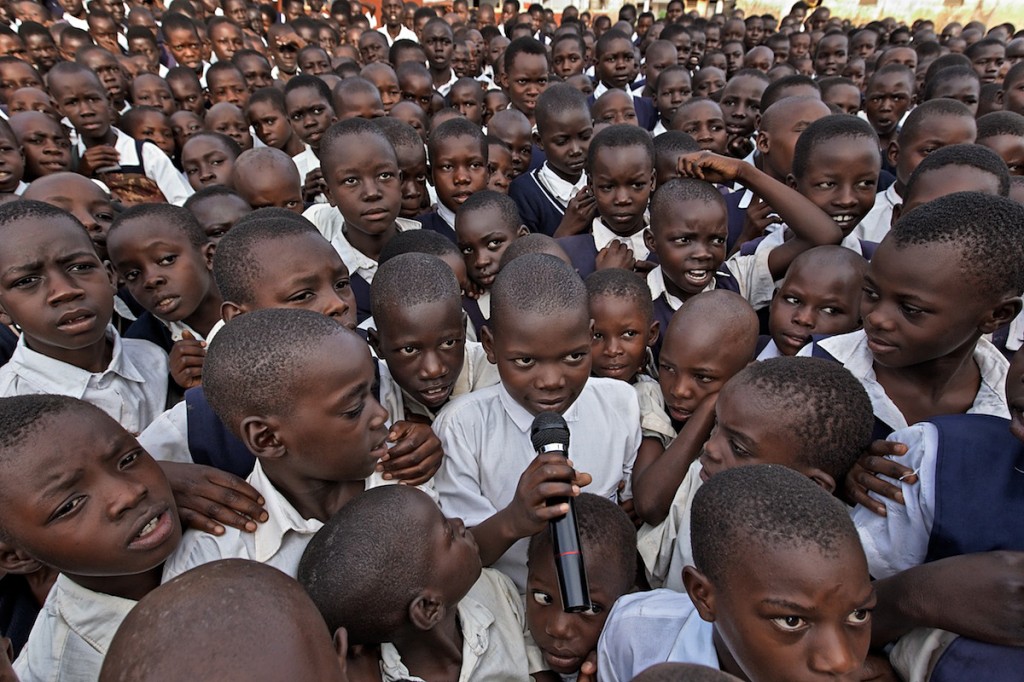 Half of Uganda is Under the Age of 15 | War Victims and Public School Children | Lira, Uganda

High fertility rates are driving rapid population growth in Africa. Globally, women are having an average of 2.5 children over the course of their childbearing years. But the average African woman is having nearly 4.5 children (and over 6 in four countries). One consequence of Africa’s high fertility is that a preponderance of its population is young. Twenty-seven percent of the world’s population is under age 15, but in Africa, the figure is 40 percent.

—David E. Bloom, chairman of the department of global health and population at Harvard.