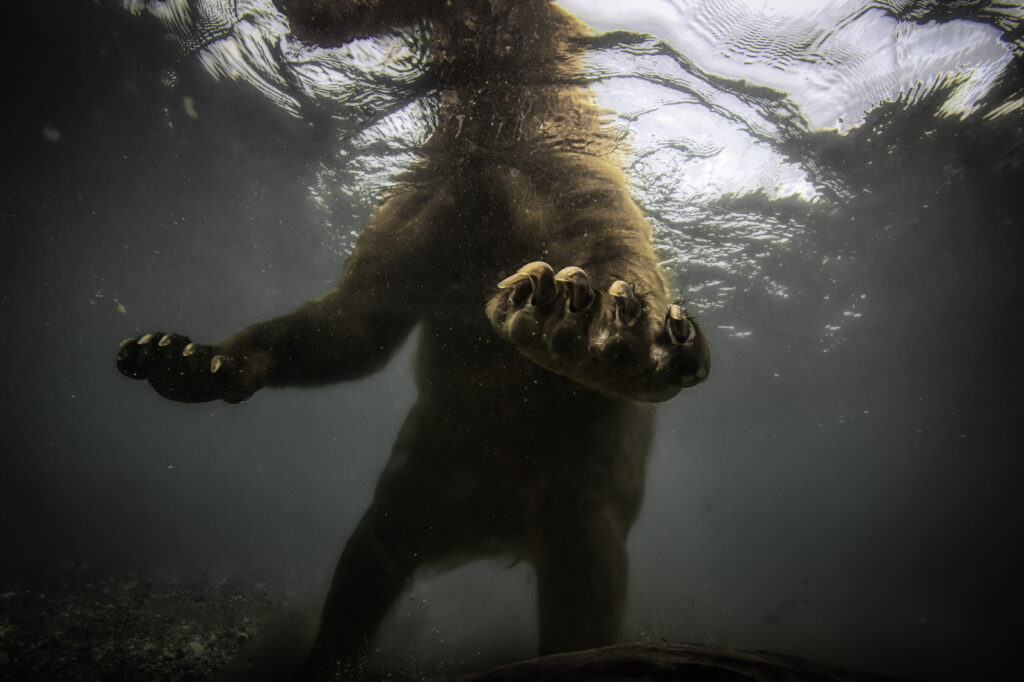 The last thing many migrating salmon see is this: the claws of a massive paw. Brown bears stun their targets with clublike blows, then gobble up their catch. This is an underwater shot of a brown bear also known as a Grizzly in Kurilskoe Lake Preserve, a World Heritage Site, is isolated. One must charter an MI-8 helicopter for a two-hour ride each way, so there aren’t many people to bother these bears. Once they memorize your scent they can come very close and at times I saw 17 bears in the view shed.

Brown bears in Kamchatka can be 7 to 9 feet in length and weigh 700-800 pounds. Species: U. arctic Genus:Ursus

Kamchatka has the highest density of brown bears in the world, with almost 15,000 on the Russian peninsula.