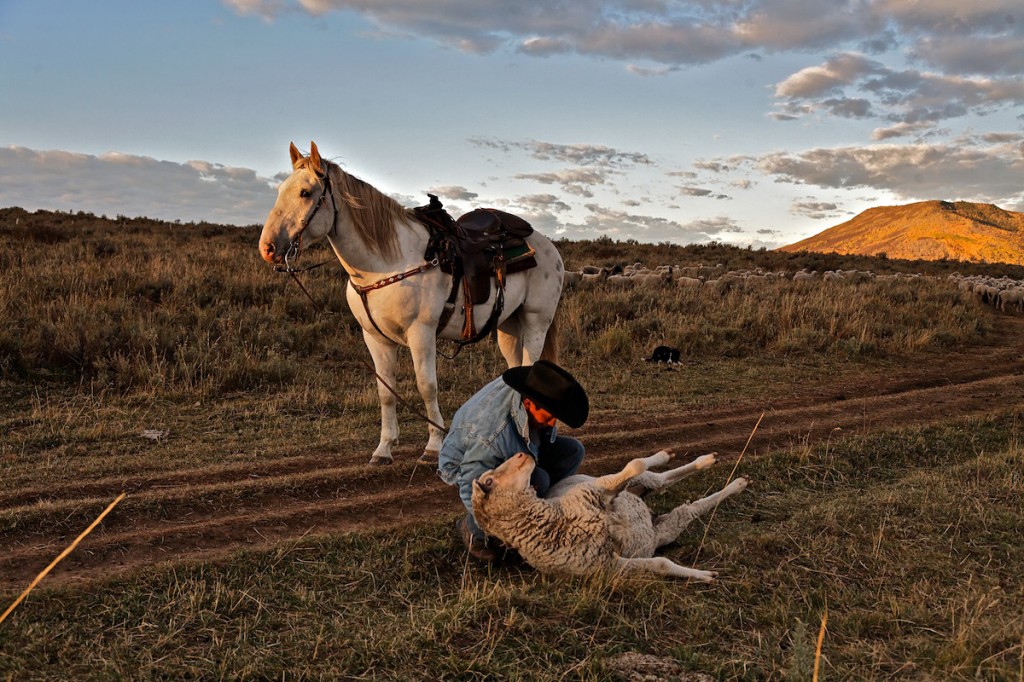 Former mustang Dot waits patiently while a herder stops to upright a sheep that was stuck on his back in a road rut on the high plains landscape of southwestern Wyoming. A calm, steady horse, Dot was adopted from a prison-training program in Wyoming to work on a sheep ranch.

Dot is credited with saving a young Peruvian shepherd’s life after they were lost in a blinding snowstorm. The nearly frozen rider dropped the reins and Dot found his way back, just one month after being brought to live on the ranch. The rugged horse survived years on the open range living as a wild horse in the desert before his capture.