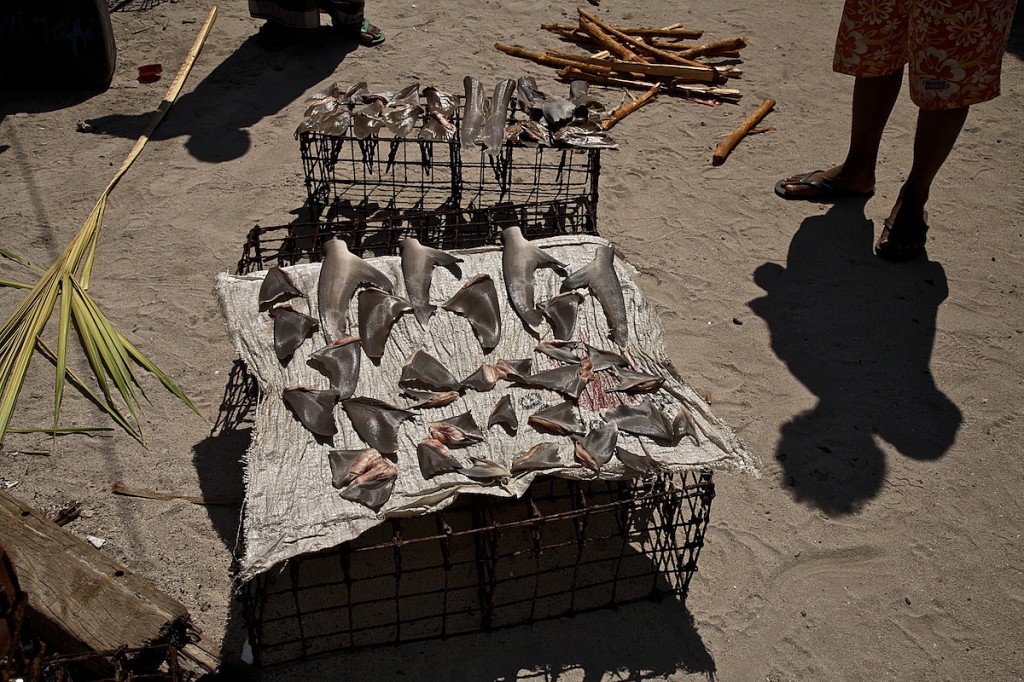 Sharks are down to 10% of historical populations and a large part of that is an appetite for shark fin soup in China and other parts of Asia.

From: “The End of the Line” by Charles Clover:

In another 50 years or so, all the world’s oceans will be largely empty of everything except tiny fish trying to reach breeding age and mostly failing.

The Mediterranean will be a giant swimming pool… Swordfish and Bluefin will have disappeared just as the bison did from the great plains of North America.

The great upwelling of Africa will be devoid of fish except southern hake off Namibia, which will fetch huge prices in Spain.

Countries with growing populations along coastlines will undoubtedly starve.  The amount of fish off West Africa will be so small that Senegal will need food aid, just as Ethiopia and the Sahel do now.

Fish farming will rule and poison the open sea.  Newspapers will be full of stories about diseases and mutations working into remnant wild fish populations.