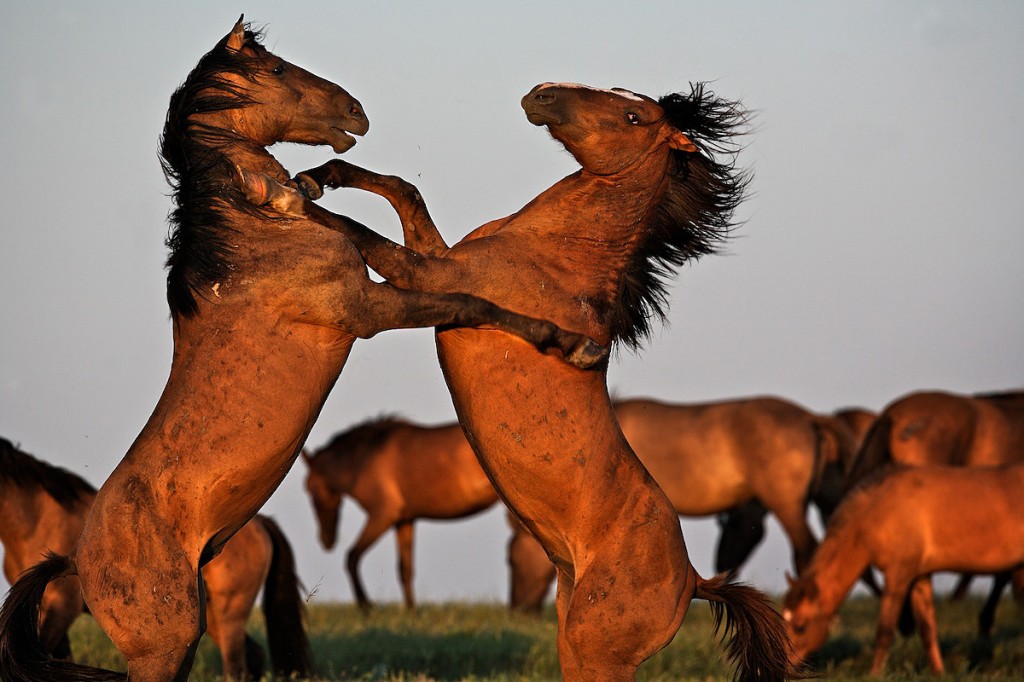 Stallions fiercely battle for dominance in the social hierarchy of a wild mustang   herd. Studs establish a “harem” and defend their position by fighting to win the most mares. Most challenges occur in the spring during breeding season.

These fighting studs belong to the Gila Herd. Genetic testing shows they descend from horses brought to North America by the Spanish Conquistadors in the 1500s. They are mostly dun colored with a black dorsal stripe, a black mane and tail, and primitive, dark zebra stripes on their legs.

The Gila Herd is known to be wily—they hid in the salt cedars to escape capture for at least 100 years. In 1996, 75 of these horses were rounded up to be sold at auction. The photograph was made in South Dakota at the International Society for the Protection of Mustangs and Burros.

Photograph of horses fighting was the lead picture in a story in National Geographic magazine.