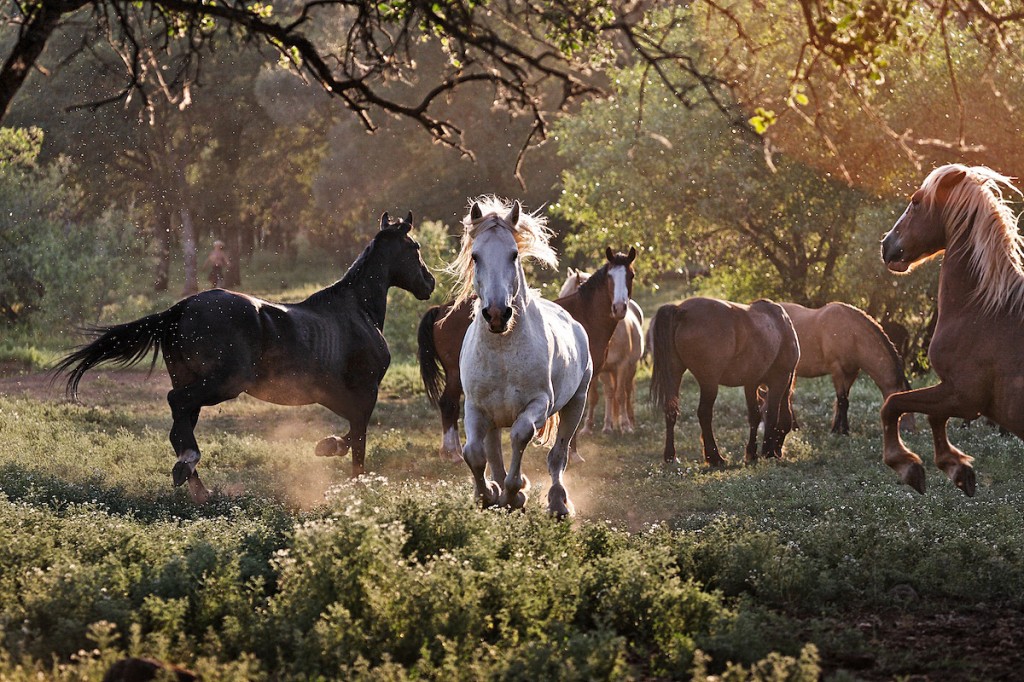 A charismatic white stallion named Phantom roamed free in the Nevada wilderness for 17 years. Development in this rural area, however, brought more traffic, and cars on a busy road hit two of his mares. He was captured, much to the dismay of locals who had watched him over the years lead his band (or family) out of the mountains and through the valley to water.

Because of his age, Phantom was headed for slaughter, but public outcry launched a frantic search for a home and he was rescued and moved to a private sanctuary. Phantom has not been seen since the time this picture was made on the 5,000-acre Wild Horse Sanctuary near Mt. Lassen in California where he was released.

Refuges can be part of a solution for the conflicts that arise with wildlife and man. But there are fears that after horses are rounded up, removing too many of the older but stallions from will take away the herd wisdom slowing younger stallions to breed with very young fillies. It can also diminish the strength of a varied bloodline that keeps mustangs from being interbred.

Wild Horse Sanctuary began in 1978 when wild horses were rounded up for the Modoc County Forest Service. Of the 300 horses captured, 80 were going to be destroyed at a government holding facility in California, but were rescued.