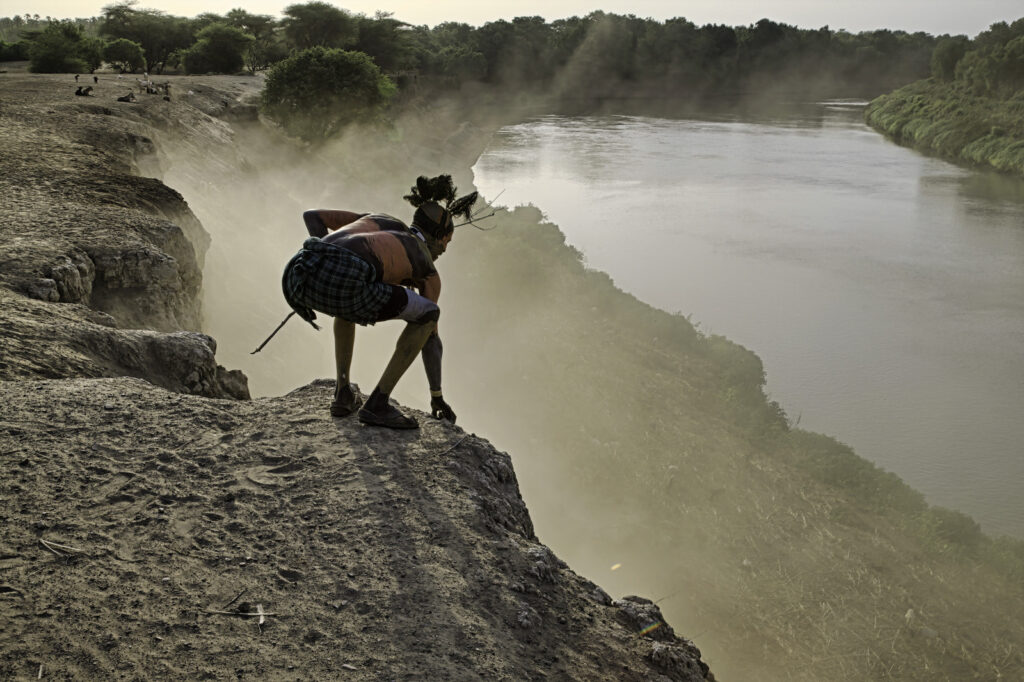 An elder of the Kara tribe watches his goats at dusk peering out over the bank of the Omo River. His tribe once controlled land on both sides of the river, but an enemy tribe gradually encroached on their territory. Before the peace agreement, a member of the warring tribe could have killed him if he was exposed in this way.  The Kara survive on growing sorghum on the banks and their animals.

In the background is the river that flows south toward Lake Turkana. The Omo River is 760 kilometers long and starts in the Shewan Highlands and empties into the lake. The coverage area for this story is located in the region between the Gibe III Dam in the north to the first bridge ever built over the Omo, at Omorate, near the Kenyan border.