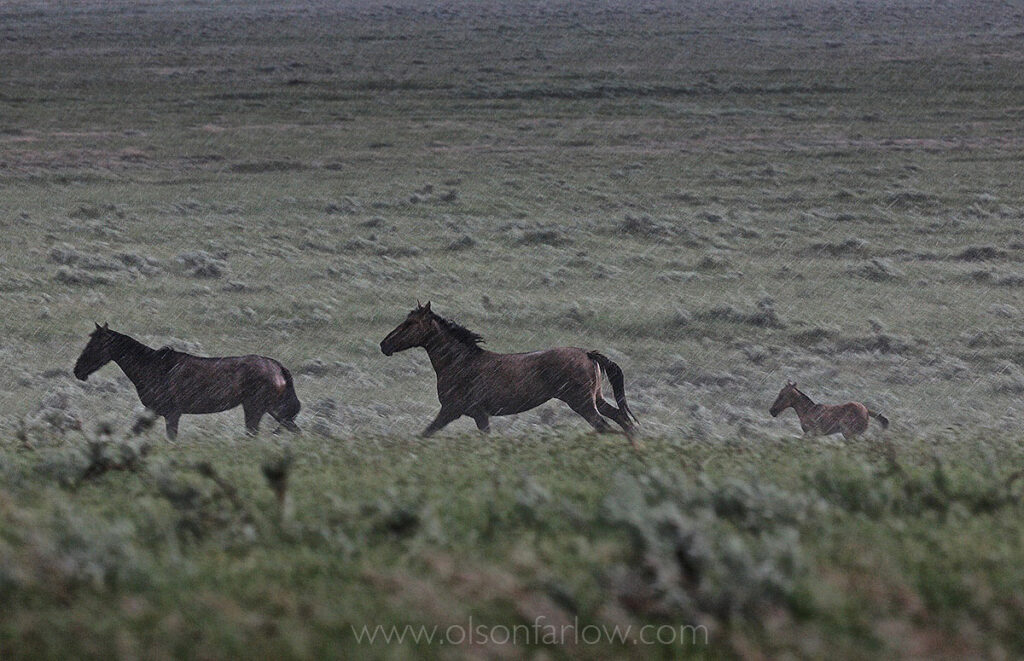 Strong winds blow rain from a storm cloud that violently erupts with loud claps of thunder that sends a band of horses running for safety. The young foal runs behind, following her mother and another mare.

The wild horse herd nervously watched as a storm approached in central South Dakota. When lightning and thunder began, they galloped to a far away fence where they could go no further. The fight or fright instinct of behavior is strong for horses to panic and flee when they sense danger.