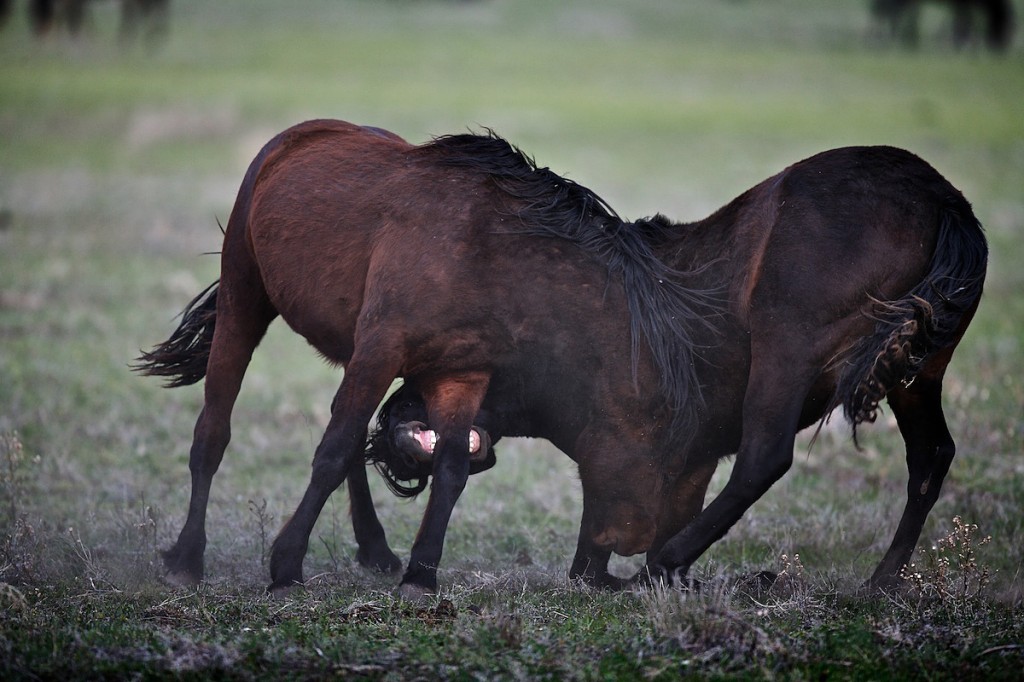 Young studs spar and play-fight, practicing for the day they’ll challenge a grown stallion and win their own band of mares. Colts tend be more aggressive, using their teeth when they fight, whereas fillies are more likely to kick.

These yearlings were aggressivley playing when the battle became more serious and a real fight began.