Ogallala Aquifer | What Happens When the Water Runs Out, National Geographic Magazine: Homes With No Water 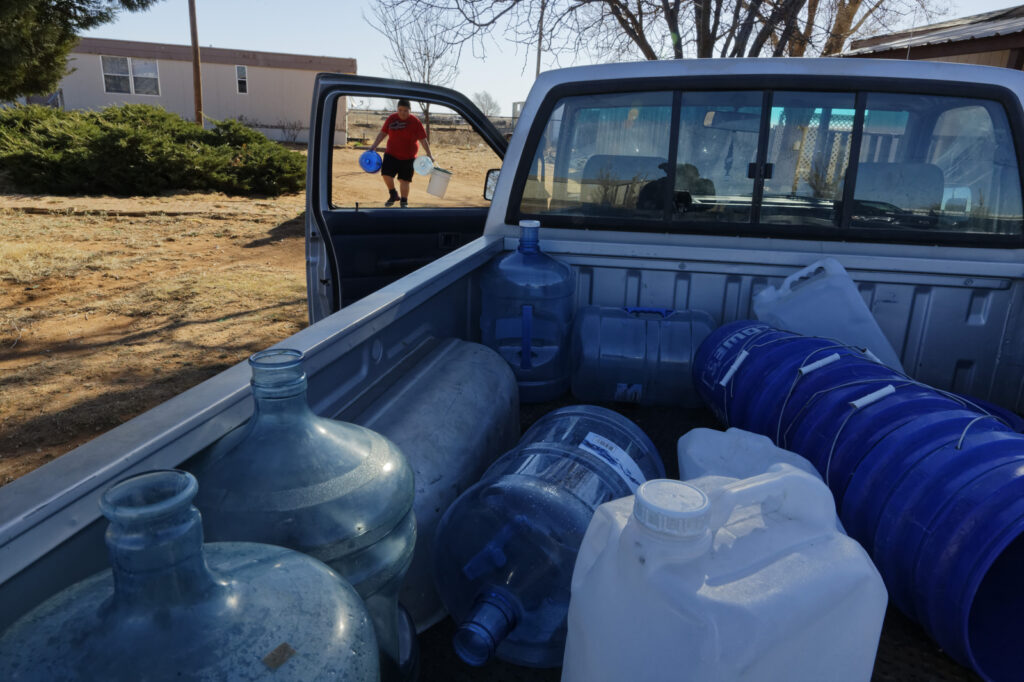 Agriculture is responsible for 95 percent of aquifer use and the people living on the fringes of the Ogallala Aquifer are starting to feel it. There are at least 30 families around Clovis NM that can no longer get water from their wells. This family has been carrying water in 5 gallon buckets in the back of a pickup for four years. Their entire neighborhood has been out of water.

The water eastern New Mexico currently relies heavily on is the Ogallala aquifer, an underground supply of water that eastern New Mexico, Oklahoma and Texas sit on top of, according to Crockett. The aquifer drops around two to six feet per year, and only regains a few inches annually. Most of the water is being used for agricultural purposes. Only 5 percent of water is being drawn from the aquifer by municipalities and non-ag industries.