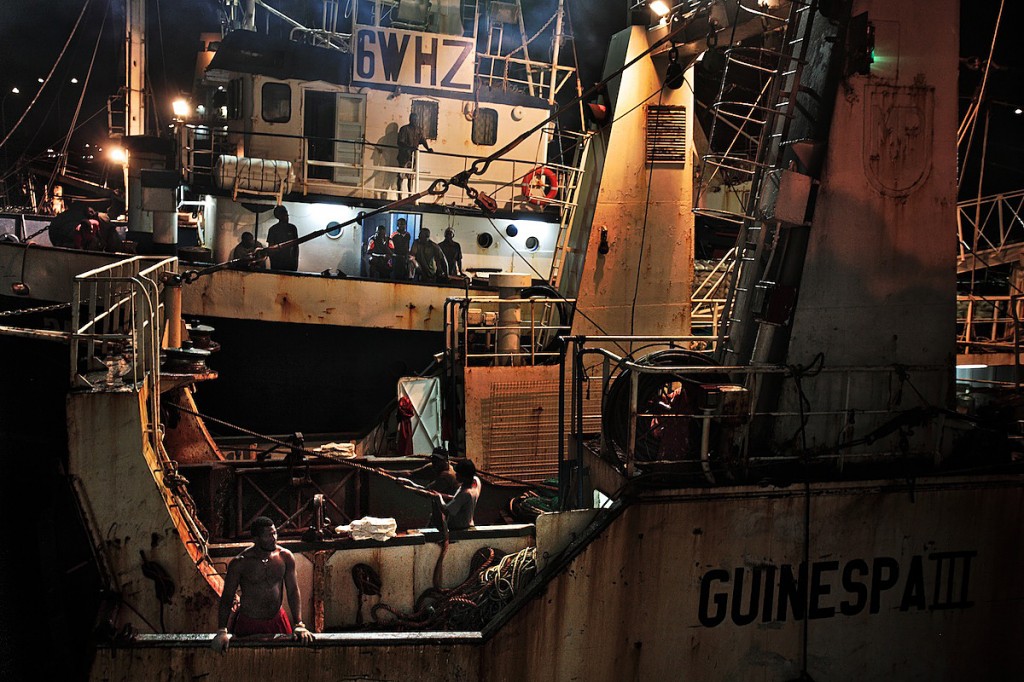 The EU is hammering this coast with fishing trawlers and if they don’t catch the fish in their own trawlers, they dispatch trucks to suck up all the fish caught by the artisanal fishermen.  Fishermen in this boat work out of the port at MBour and say the fishing is very poor compared to previous years. Even so, fishing is the nation’s top foreign exchange earner, bringing in 350 million dollars a year.

Foreign trawlers have hammered patches of coastline so hard that fish have become locally scarce–a blow to a nation where a million people rely on UN food aid. “It’s not worth going to sea,” says Jose Texeira da Cunha, an unemployed fisherman in Tombua, a forgotten port of crumbling stone houses and old fish meal factories corroding to rust. “You have to stay out for three days to get the same catches you once got in eight hours.” A dollar a day is the best living most fishermen can hope to wring out of the ocean, da Cunha says. Now some refugees from Angola’s fishing wars are even pushing into deserted coastline, seeking more fish. On virgin beaches, they clap together raw outposts of corrugated zinc and flotsam washed up by the Atlantic. Skinny-legged, bull-chested, shouting gruffly, the men heave their plank boats through the breakers at dawn. And their wives and rag-clad children ululate and dance on the sand, wishing them luck.