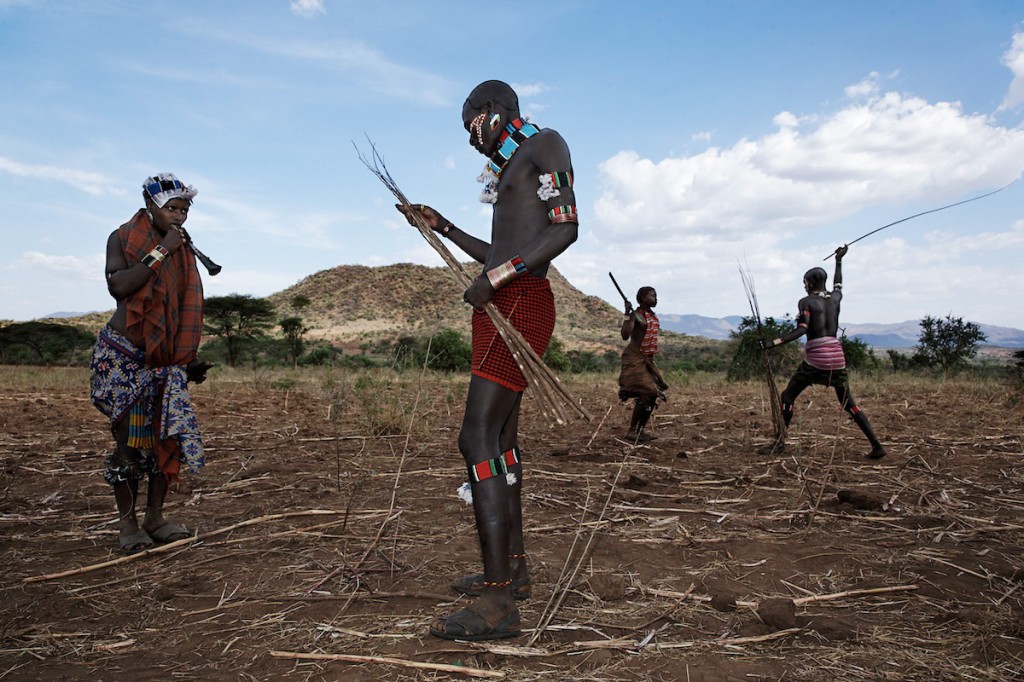 Checking the flex of his whips, a young Banna man prepares to deliver blows to a young woman during an initiation ritual, while in the background his counterpart winds up to whip another woman. Among the Ethiopian Banna and Hamar tribes in the Omo River Valley, it is customary for women to be whipped during the ceremony to initiate a boy into manhood. Female relatives of the initiate play a crucial supporting role—singing, dancing, and preparing food. The scars resulting from the whipping are a mark of pride for the women, showing solidarity with the boy who is enduring his own trials to become a man. Women sometimes blow small horns and sing songs, taunting the whippers and urging them to strike harder.  It is a symbol of belonging, and they are supported in the social structure of the Hamar, Karo and Bene tribes.