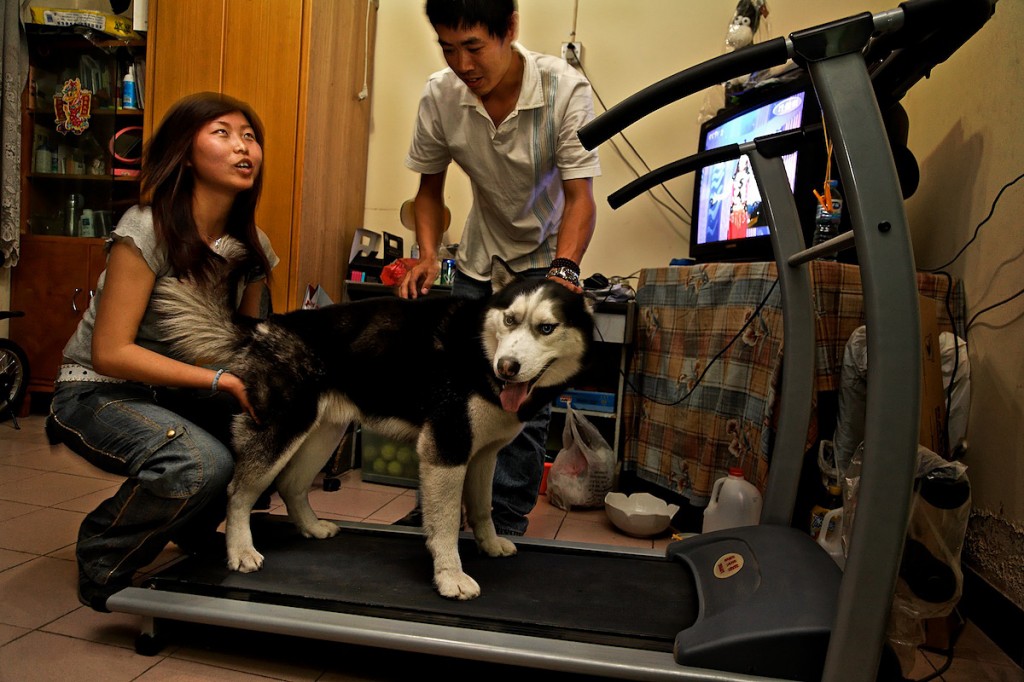 The dog on the treadmill is a Siberian Husky, and Beijing police began a crackdown on the ownership of large dogs in 2008. This couple is training their pet on their friend’s treadmill because if they take him outside for a walk, they risk having the dog beaten to death in front of them by a Beijing policeman. Owners of big dogs (over 35cm) that live within the sixth ring in Beijing often have an illegal pet. Some purchased treadmills after the crackdown began when pets were pulled out of the hands of their crying owners. A group protested in front of the zoo because there was suspicion that some of the dogs were being fed to the tigers. Activists claim dog owners tried to take policemen to dinner to bribe them, but it did not work. They say the policemen sold some of the nice animals and sent the rest to the zoo.