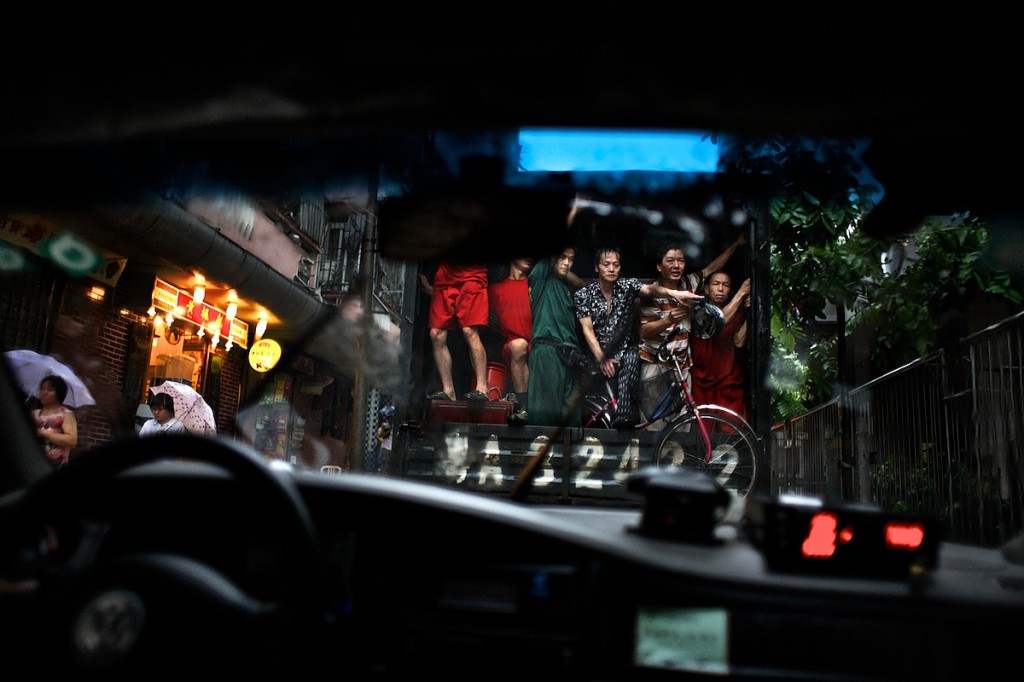 Migrant workers in China are mostly people from impoverished regions of the country moving to more urban and prosperous coastal regions in search of work. According to Chinese government statistics in 2008, the current number of migrant workers in China is estimated at 120 million (approximately 9% of the population). China is experiencing the largest mass migration of people from the countryside to the city in history. An estimated 230 million Chinese in 2010, roughly equivalent to two-thirds the population of the U.S., have left the countryside and migrated to the cities in recent years. About 13 million more join them every year—an expected 250 million by 2012, and 300 to perhaps 400 million by 2025. Many are farmers and farm workers made obsolete by modern farming practices and factory workers who have been laid off from inefficient state-run factories. Men often get construction jobs while women work in cheap-labor factories. So many migrants leave their homes looking for work they overburden the rail system. In the Hunan province, 52 people were trampled to death in the late 1990s when 10,000 migrants were herded onto a freight train. To stem the flow of migrants, officials in Hunan and Sichuan have placed restrictions on the use of trains and buses by rural people.

In some cities, the migrants almost outnumber the residents. One young girl told National Geographic, “All the young people leave our village. I’m not going back. Many can’t even afford a bus ticket and hitchhike to Beijing.” Overall, the Chinese government has tacitly supported migration as means of transforming China from a rural-based economy to an urban-based one. From the New York Times: “As a result, China’s rulers face a dilemma: the very policies that cater to the urban middle class come at the expense of the rural poor. So far the government is erring on the side of the rich. In March the government pledged to address problems plaguing the country’s peasants, such as access to medical treatment and schooling, health insurance and the disparity between urban and rural incomes. And yet a relatively small portion of the budget was set aside to address the concerns of the peasantry, with the bulk of spending still concentrated on stoking the booming economy. Even more telling was the passage of what was widely viewed as one of the most important pieces of legislation to be put forward in several decades of reform: the revised law on property ownership. Pushed through despite objections from old-line conservatives, the law for the first time gave equal weight to both state- and private- ownership rights. But a look at the fine print shows that the law only protects things dear to the rising middle class: real estate, cars, stock-market assets. Farmers, on the other hand, will still be unable to purchase their land and instead will be forced to lease plots from the government. If left unchanged, such policies could exacerbate China’s rich-poor divide and create conditions for tumultuous social upheaval. The test for China—as the Me generation grows bigger, richer and more powerful—will be whether it begins to push for the social and political reforms that are necessary to ensure China’s long-term prosperity and stability. How likely is that? Though they’re not exactly clamoring for free elections, members of the new middle class have shown a willingness to stand up to authority when their interests are threatened. Last October police in Beijing attempted to enforce rules limiting each household to a single, registered animal no taller than 14 in. (35 cm). The drive sparked a rare public demonstration by hundreds of well-heeled Chinese, mostly young dog owners. Within a month, according to Hong Kong’s South China Morning Post, President Hu Jintao had intervened, ordering the Beijing authorities to back off. It was the first time most Beijingers could remember a public protest drawing a direct intervention by China’s top leader. It was hardly Tiananmen, but a small triumph for free expression nonetheless.”