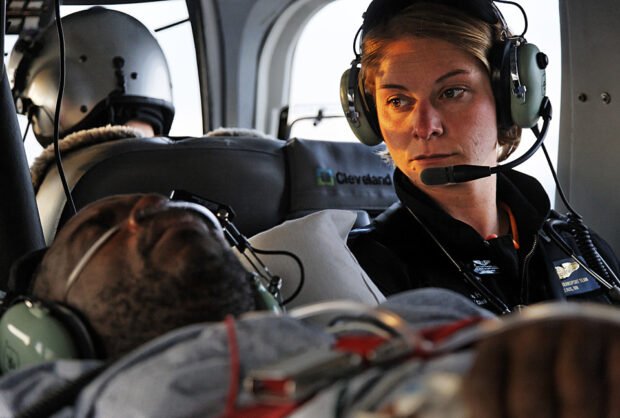 Cleveland Clinic is also an Ohio nonprofit corporation which as of December 2010 had 10 regional hospitals in Northeast Ohio, a hospital and family health center in Florida, and a health center in Toronto, Ontario, Canada, a specialty center in Las Vegas, and a hospital in Abu Dhabi opening in 2012.

The Cleveland Clinic was founded in February 1921 by four renowned Cleveland physicians. Three of the founders, George Washington Crile, Frank Bunts, and William Lower, were surgeons who had worked together in an army medical unit in France during World War I.

Upon their return to the United States, they desired to establish a group practice and invited an internist, John Phillips, to join in their endeavor. The concept of group practice in medicine was relatively new at the time. Only the Mayo Clinic and military units were known to follow this model. The founders established the Clinic with the vision: “Better care of the sick, investigation of their problems, and further education of those who serve.” Dr. Crile was a surgeon of national prominence and attracted patients from around the country, especially for his expertise in thyroid surgery. The Clinic saw rapid growth in its early years but suffered a major setback in 1929 that almost closed its doors permanently. On May 15, 1929, a fire started in the basement of the hospital caused by nitrocellulose x-ray film that spontaneously ignited. The fire claimed 125 lives, including that of one of the founders, Dr. Phillips. Following this fire and the subsequent Great Depression, the Cleveland Clinic regained momentum and eventually obtained national recognition especially in cardiovascular disease. In the decades since World War II, the Clinic has grown to become internationally prominent and is currently the second-largest medical group practice in the world, after the Mayo Clinic.

The Cleveland Clinic has been the site of numerous medical firsts, including: