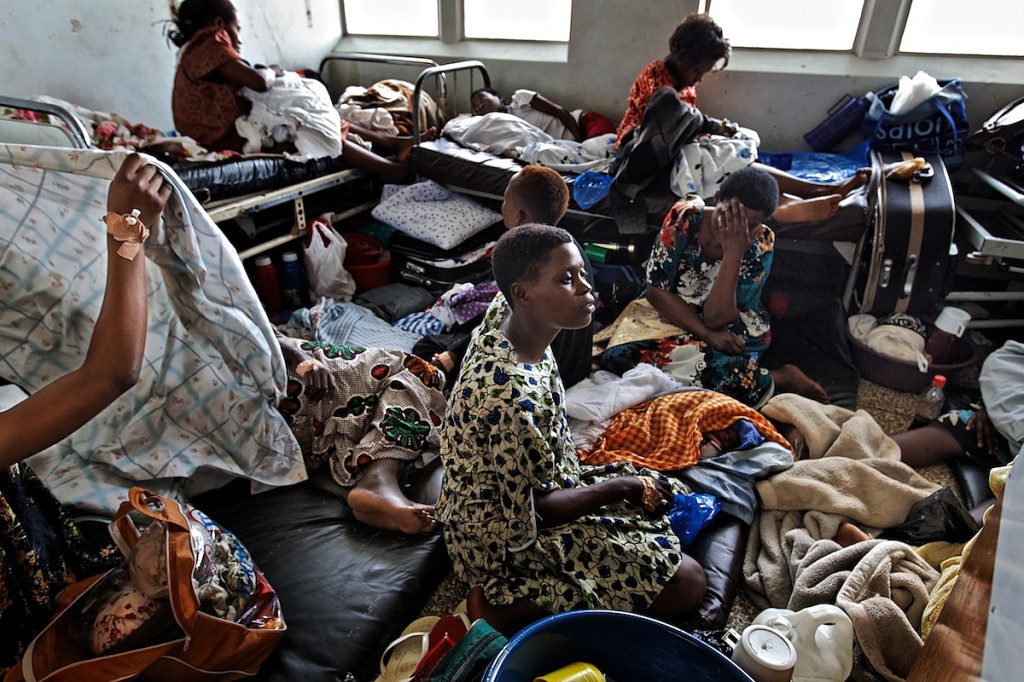 Maternity Ward at Mulago Hospital in Kampala – Head of OB/GYN at Mulago is Josaphat Byamugisha – he was taught by Jotham Musinguzi who became head of Population and Development Dept. for the government.  Jotham recently retired because he did not agree with the current president Yoweri Kaguta Museveni. Museveni just wants to pump out more population before he starts to worry about infrastructure for all those people. Uganda is about 30M now.  About half of Uganda’s population is under 15 and life expectancy is about 50.  Population has doubled from 1990 to now.

I witnessed the worst maternity ward imaginable at Mulago—women brought a tattered sheet of plastic with them to the maternity ward because they knew they would give birth on a hospital hallway floor, probably along with multiple women giving multiple births (twins, twins, twins,) on their little sheets of plastic while the few beds were full of multiple women and not enough staff to save anyone’s life if there were complications. Uganda’s population has doubled since 1990.